Birthstones are gemstones that accompany a birth month, each having a unique meaning and historical significance. The popularity of birthstones dates back to ancient times when civilizations believed that gemstones had incredible powers such as luck, health and prosperity. Specific gemstones are utilized to symbolize our birth-month according to the Gregorian or Western Calendar. The Gemstones associated with each month are as follows;

The month of June is represented by the pearl. “Pearl” is derived from the Latin word “pirum”, meaning pear, which is the shape that many pearls take on naturally when they grow. Pearls have been collected for thousands of years. Pearls were already a symbol of royalty, according to ancient Chinese records from around 2000BC, and in ancient Hindu texts state that the god Krishna was the one who discovered the first pearl.

Pearls were also incredibly popular in Ancient Egypt and people were buried with them to show their wealth. Cleopatra is said to have crushed one of her pearl earrings (believed to have been worth 10 million sesterces) into a glass of wine and drunk it to prove to Marc Anthony that she could ‘devour the fortune of a whole nation in just one meal’. 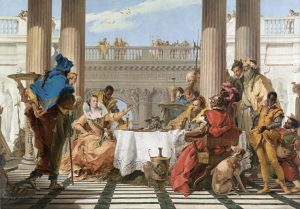 In Ancient Rome, pearls were also status symbol, the Greeks believed that they were tears of joy that had been hardened when they were shaken from the eyes of the goddess of love when she was born in the sea. Arabs believe that they were formed when oysters were lured by the light of the moon from the depths of the seas. The moon would leave dewdrops of its light, which would be swallowed by the oysters and taken back with them to their deep oceanic homes.

Tudor England was called the ‘Pearl Age’, as this gemstone became extremely popular during the 16th century; pearls were also used for medicinal purposes in Europe until the 17th century. Even to this day, low-grade pearls are ground for use as medicine in Asia. 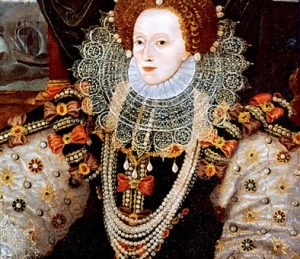 In the early 1900’s, pearls became more accessible when the first commercial culturing of saltwater pearls started in the Asian continent. From the 1920’s on wards, cultured pearls have nearly replaced natural ones in the market.

Pearls are unique because they are the only gemstone formed within a living creature.

The different species of pearls we use in jewellery today are;

Pearls have been treasured over many years, they are known for their calming properties and symbolise charity, truth, purity, integrity and loyalty, making them a very meaningful gift.