Keshi pearl earrings are a magnificent addition to your pearl collection.

Keshi pearl earrings centre around free formed Keshi pearls which Aquarian Pearls’ David Norman describes as a natural bi product of the culturing process. Rejecting the nuclei implanted within it, the host oyster, pinctada fucatacase of akoya cultured pearls, pinctada margeritifera in the case of Tahitian pearls and pinctada maxima in the case of south sea pearls, creates spontaneously and naturally a Keshi pearl. A Keshi is the Japanese word for poppyseed or small thing and Keshi’s range from 1 millimetre to 20 millimetres depending on the host oyster.

Keshi pearl earrings made from Japanese Keshi are typically between 3 and 5 millimetres and by combining several short lengths of length drilled Keshi’s in an elongated oval shape a jeweller can create gorgeous tassels of five plus rows set with diamonds making the most magnificent Keshi pearl earrings.

Keshi’s come in square flat shapes, oval shapes, occasionally round and off round shapes and frequently in baroque free form shapes. As well as in strands and bracelets, by far the most popular usage is for Keshi pearl earrings. 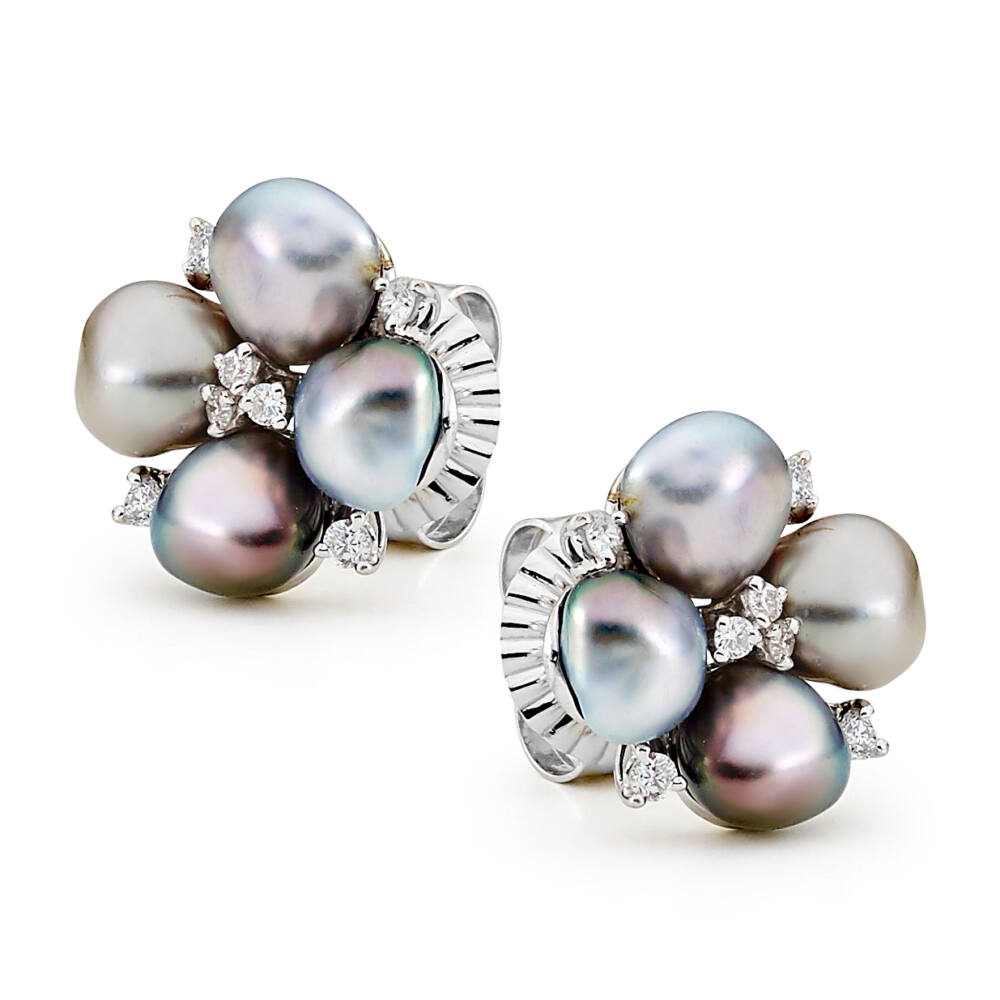 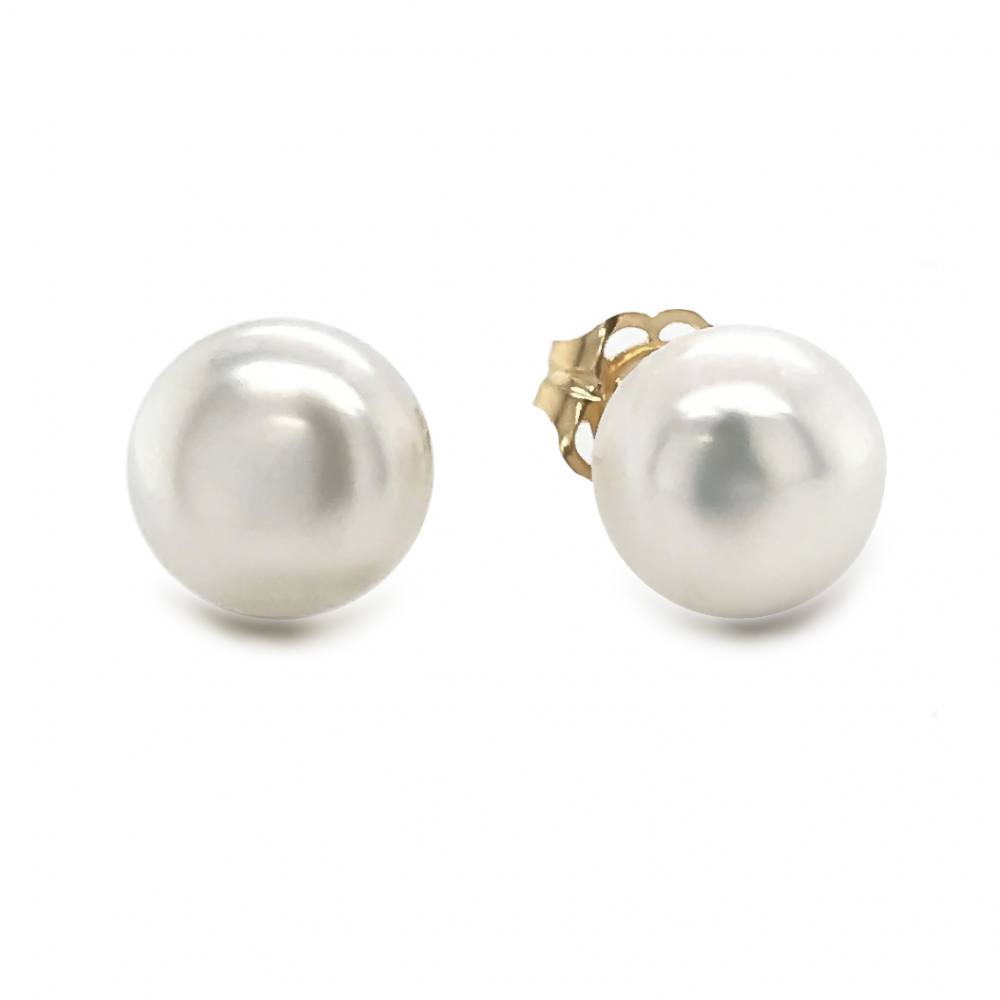 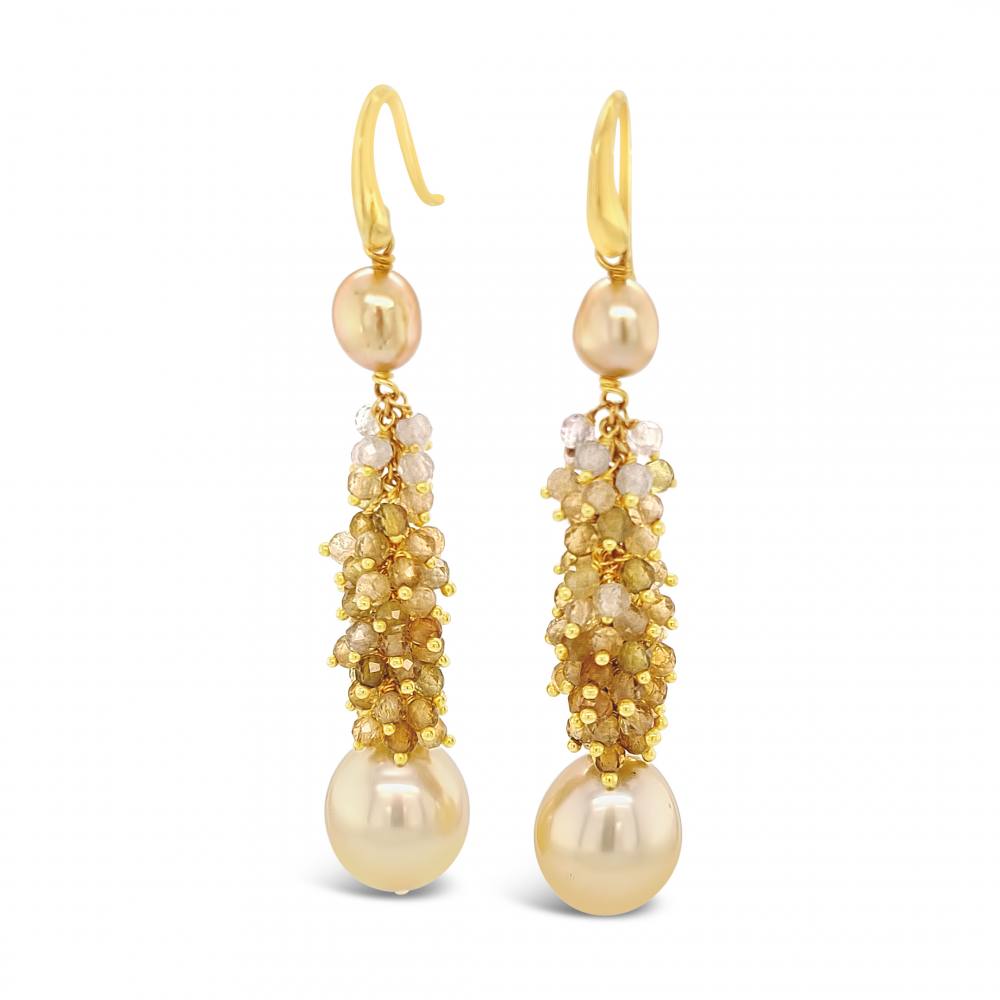 Keshi’s have beautiful lustre because of the thick layers of nacre the oyster has formed them from and having no nucleus they have so many layers they are often extremely bright and lustrous. Their skin is often clean and super smooth and they feel lovely and soft to touch.

No wonder the jewellers of the world love to create Keshi pearl earrings with these magnificent gems from the ocean, and they will make a marvellous addition to your jewellery collections.