At Aquarian Pearls we love to create jewellery in the style of a gold pearl pendant. A golden pearl pendant typically consists of a round shaped, drop shaped or oval shaped gold south sea cultured pearl set in either silver or platinum or yellow gold or white gold.

The gold pearl used is most often cultivated in the Pinctada Maxima oyster in pearl farms situated in the Philippines. There are also beautiful golden pearls cultivated in Burma (Myanmar), and Indonesia, sometimes in Australia too.

The colour of a golden pearl pendant pearl is decided by nature as it is up to the host oyster to be left alone to give birth to the pearl, irritated by the nucleus copying a grain of sand or a small salt water creature lodging itself within the oyster. This amazing filter feeding mollusc, deposits layers of aragonite crystals around the irritant and two years later, a complete pearl has been formed with layers and layers of nacre forming a beautiful pearl.

The golden lipped pearl oyster Pinctada Maxima delivers a beautiful cultured south sea pearl and the majority of pearls cultivated in the Philippines in these golden lipped oysters are a beautiful dark golden colour, though there are also champagne and lighter gold colours in a pearl harvest too. 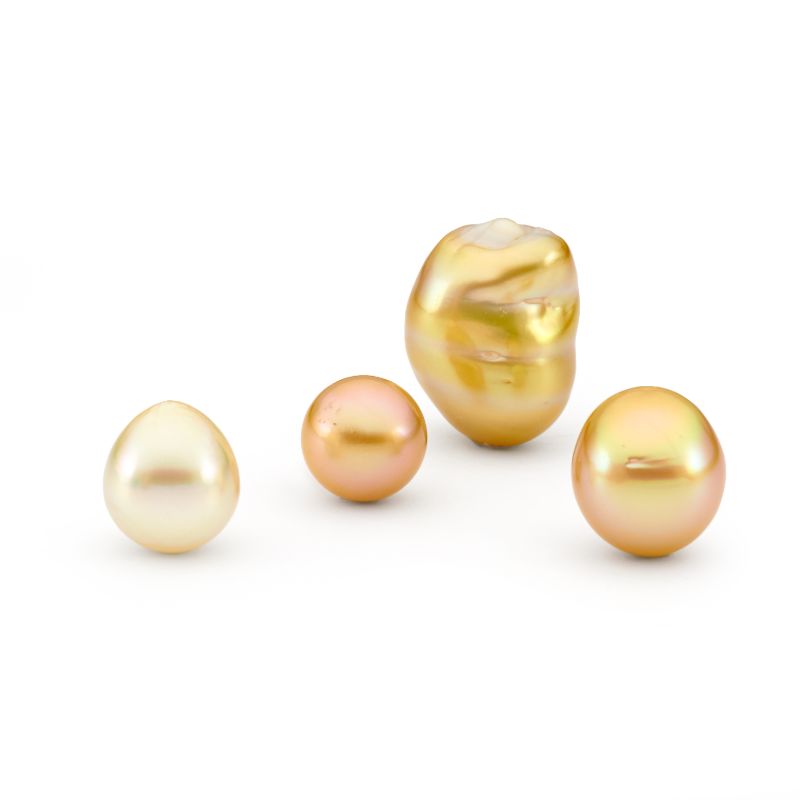 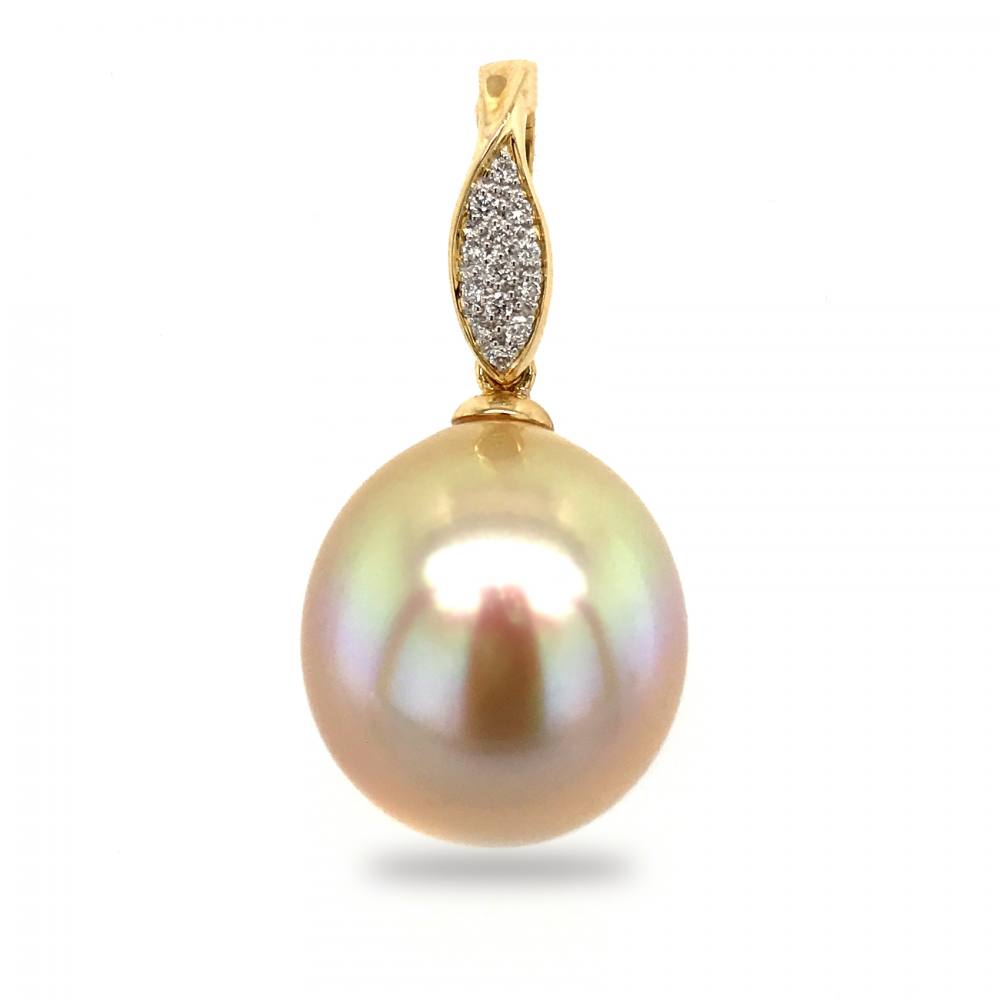 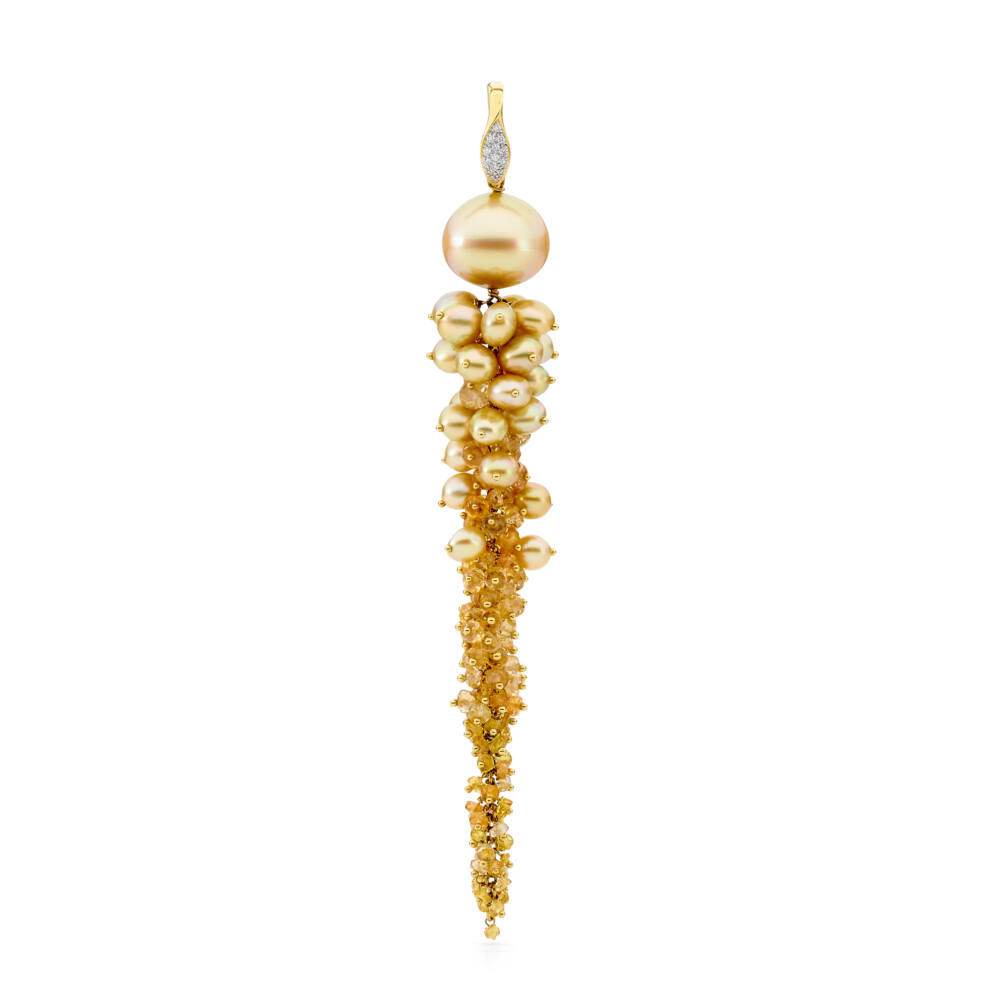 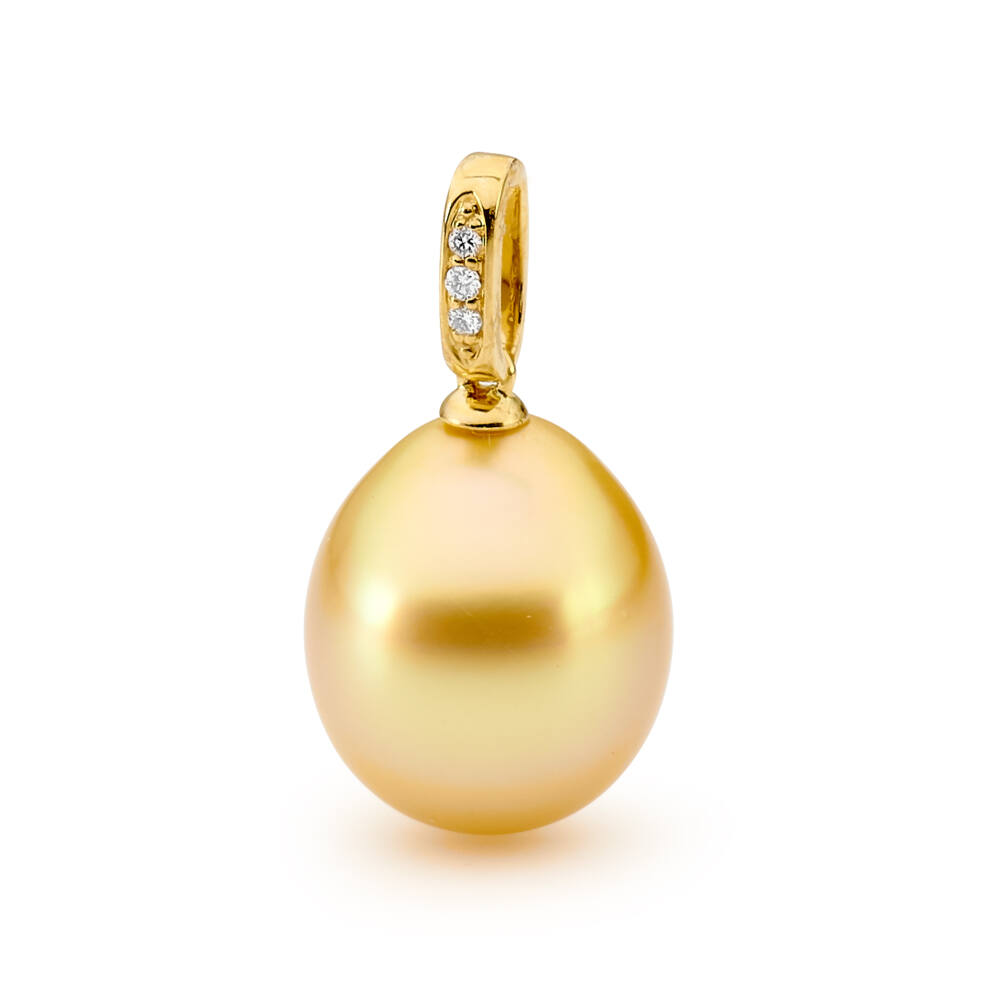 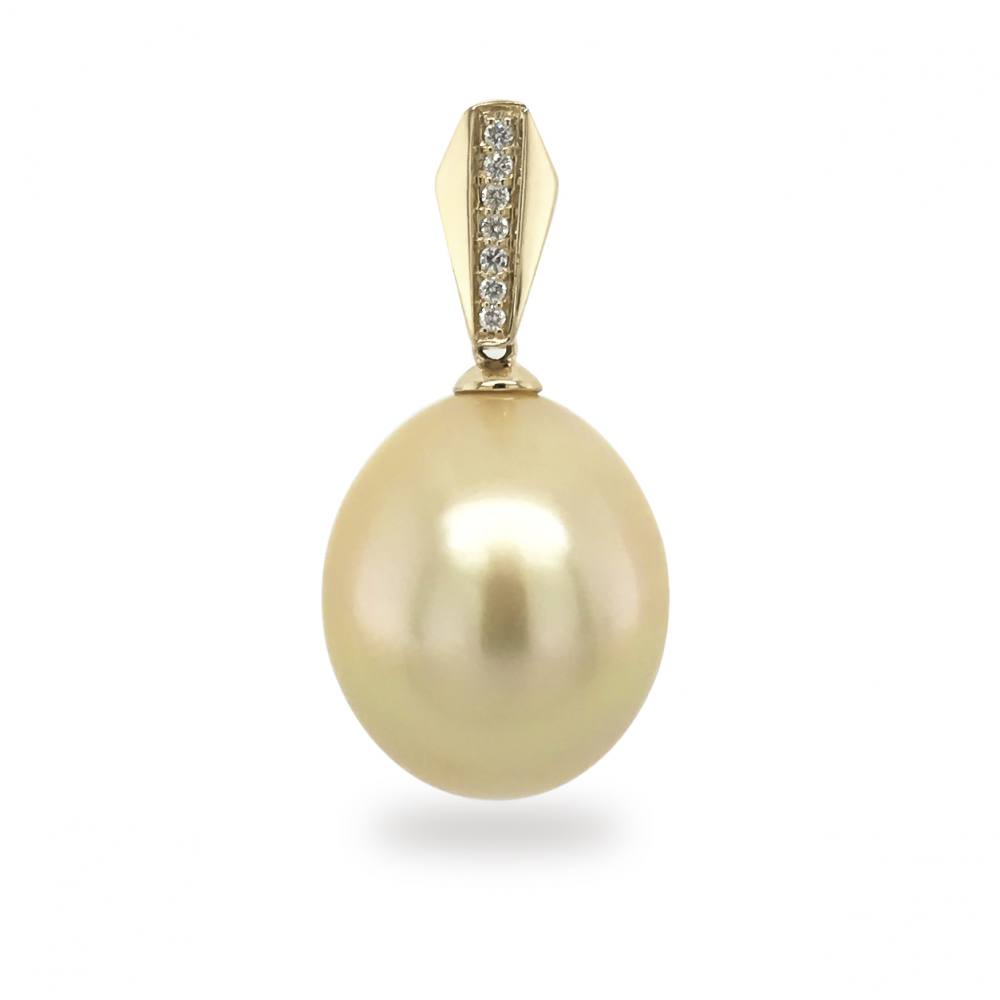 In creating a golden pearl pendant we are looking to show off the beauty of the golden pearls. There are various criteria in selecting a beautiful pearl. Firstly colour and in this respect we pick a beautiful gold coloured pearl from a parcel of pearls. We usually choose a drop, oval or round shaped pearl. We also select pearls with very clean skins and with excellent lustre.

Some clients love Keshi pearls and the golden Keshi pearls are so beautiful and typically are sized between 1 and 12 millimetres in size. A golden Keshi pearl pendant is a lovely piece of jewellery. A Keshi is a natural by product of the culturing process. The host oyster rejects the nucleus the pearl farmer has placed inside its’ shell in order to start the culturing process, and it still creates a pearl anyway and these pearls that are 100 per cent nacre are very lustrous and come in beautiful golden colours and make wonderful gold pearl pendants. Keshi is a Japanese word meaning poppyseed or small thing and typically Keshi is between 4 and 7 millimetres in size.

At Aquarian Pearls a golden pearl pendant is amongst our most popular items of pearl jewellery and we thoroughly recommend one as a gift or personal purchase.