Tahitian cultured black pearl pendants are a wonderful addition to a jewellery collection, and a speciality in our range of Tahitian pearl jewellery at Aquarian Pearls.

Noted for their rainbow irridescence, the Tahitian cultured pearl comes straight from Mother Nature in a variety of colours reflecting their host oyster creator whose Latin species name is Pinctada Margeritifera. The oysters shells themselves when polished are irridescent and reflect a bright array of rainbow colours as do their lustrous pearls.

Greens, reds, pinks and purples, sea green, peacock green, silver, platinum, white, blue, pistachio, aubergine, red, brown. All these colours can be found in a Tahtiian black pearl pendant so there is always a wide choice.

The average size of all the collected Tahitian black pearl harvests ranges between 8 to 11 millimetres in diameter. 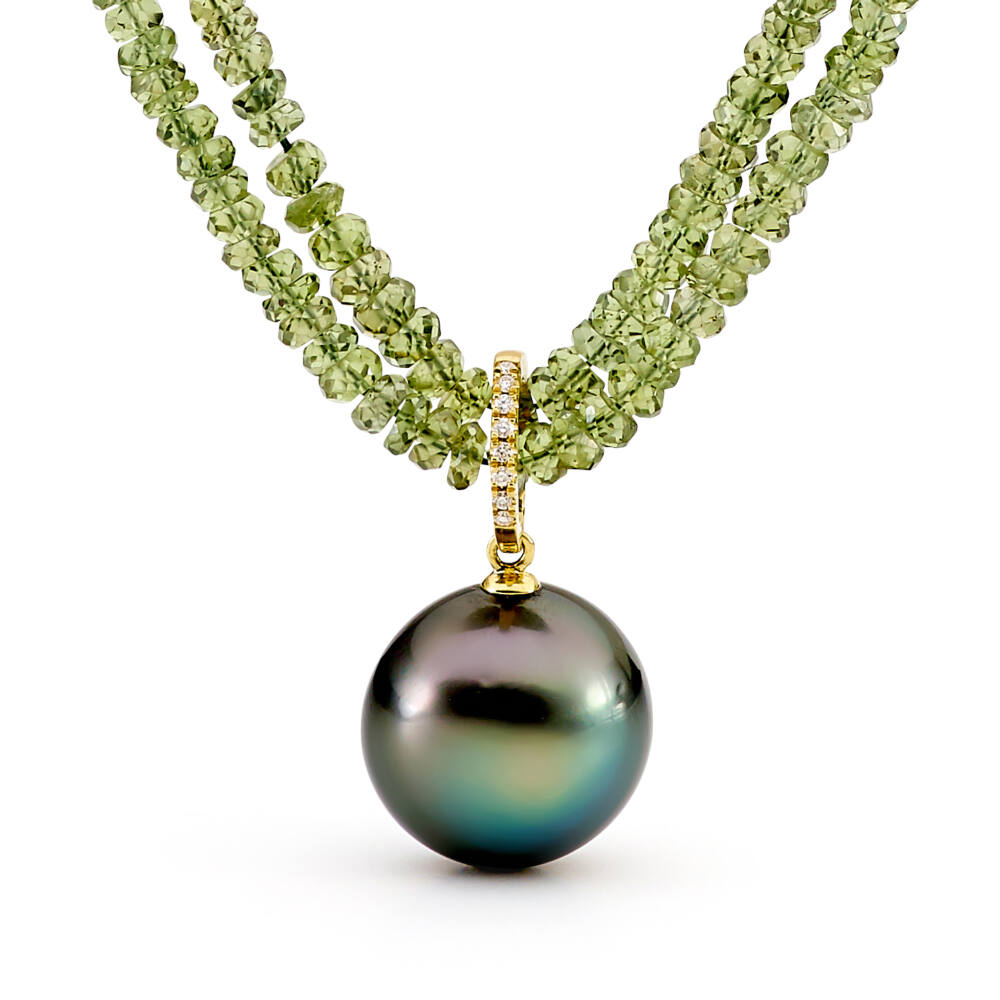 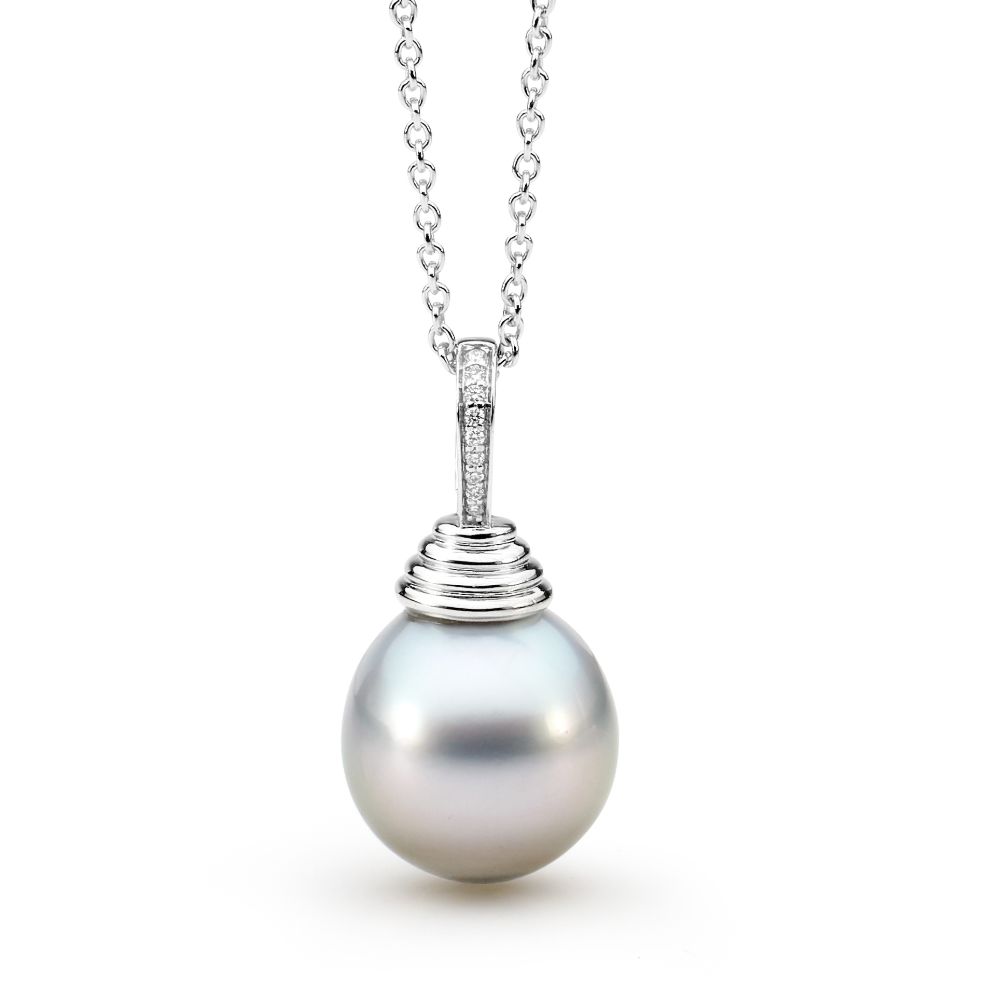 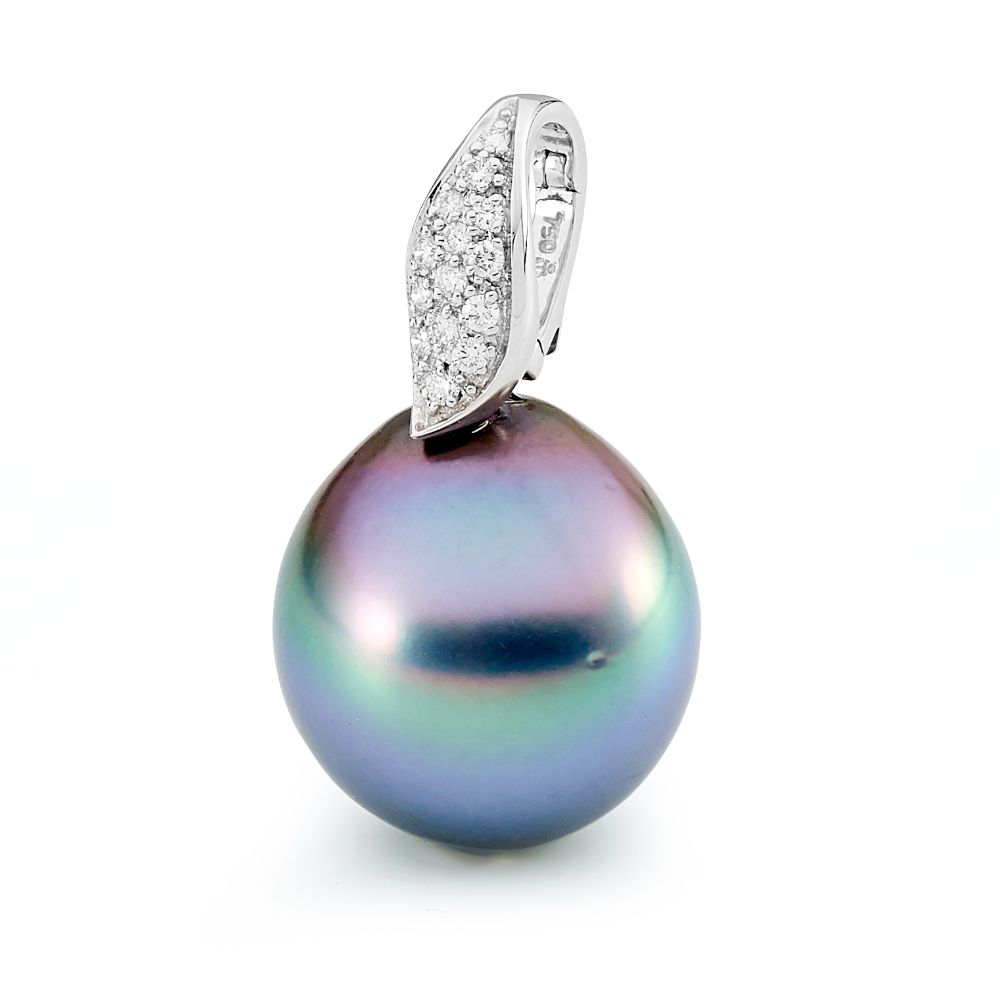 More About Our Pendants

Tahitian cultured pearls grow around a nucleus implanted into a host oyster which deposits concentric layers of nacre to cover the nucleus implanted within its shell and this is the culturing process. The shape, size, colour and lustre of your Tahitian pearl pendant is entirely up to the host oyster and there is very little human involvement except to keep th oysters clean so they can open easily and feed on the nutrients within the sea water they inhabit.

Whatever your choice of Tahitian Pearl pendant, we have a very large range to choose from set in sterling silver, 9 and 18 carat gold, and some with diamonds.